Green Jack started brewing in 1993 in Oulton Broad on the same site as the earlier Forbes brewery. Initially both Tim Dunford and Dave Bird were both involved but after about a year Tim took full control of the business.

After a while out of the trade Tim started brewing again in 2003 behind the Triangle Tavern. In 2005 brewing awards were won at Leicester, Peterborough, Ipswich and Norwich CAMRA beer festivals. In Jan 2007 Ripper was voted as Champion Winter Beer at CAMRA's Winter Beer Festival in Manchester. About 20 local outlets are supplied and two pubs are owned.

In 2008 a new (much larger) brewery has been installed in an old Victorian fish smokery and processing shed in Love Rd. Most production was been moved here, with short runs of stronger beers remaining at the Triangle Tavern.

In 2011 the small brewery behind the Triangle tavern was closed with all production moved to the main plant in Love Road. 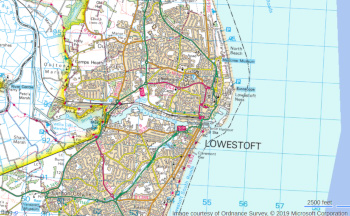