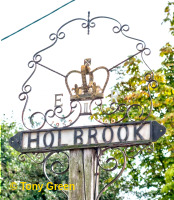 Local authority for Holbrook is Babergh

Holbrook is best known as the location of the Royal Hospital School, whose tower can be seen for miles around. The school moved to Holbrook in 1933, having previously been situated at Greenwich Hospital since 1693.

The main village lies just to the north of the school and has expanded considerably in recent times. Lower Holbrook is part of an area of outstanding beauty with good walks leading down to Holbrook Bay and Creek, with mudflats that teem with bird life during the winter months.

The village was recorded in Domesday as "Holebroc" or "Colebroch". John Speed's 1610 map shows it as "Holbrok". 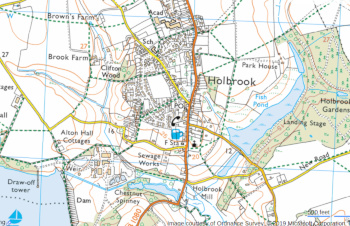 The 1865 Kelly's Directory lists William Catchpole as a brewer, and Charles Stollery as a retail brewer (also listed as a shopkeeper) and also lists two beer retailers: William Garnham and James Rumsey.