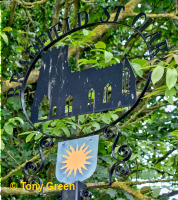 Scattered village and parish. Bradfield in general was recorded in Domesday as "Bradefelda". John Speed's 1610 map shows it as "St Cleres bradfeld".

Monkspark and Felshamhall woods were Medieval property of Bury Abbey and retain many signs of Medieval forestry management. Records of coppicing go back as far as 1252. St Clare Hall is a 16th century house which was used as a retreat by monks from the abbey. 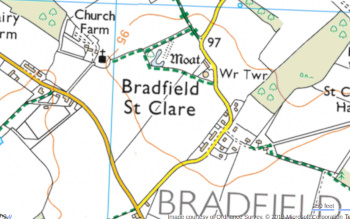