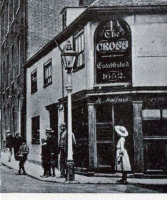 A two bar pub which was adjacent to the Town Cross, where it would have been the custom in ancient days for locals to meet in order to obtain news from the travellers who descended from their coach, or to hearken to the words of a local preacher.

It is now an "American-style diner".

NB Not to be confused with another Cross in the town, called Roger's Cross, located where the King's Arms once stood.

Although 1652 is marked on the building, it is thought to be considerably older than this. The 1904 Woodbridge licensing records show that the Cross's license was issued in 1652.

The Cross is listed at Stone Street in 1830.

The pub is shown (but not named) on this old OS map from about the end of the 19th century. larger map 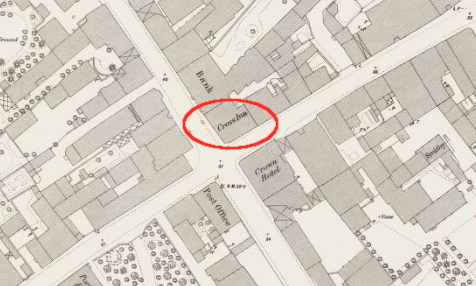