West Row is part of the Mildenhall parish.

Perusal of old maps shows that the building in our photograph was not the original Plough and was actually built some time between 1958 and 1973 to replace the building shown in this old OS map from about the end of the 19th century (larger map) which appears to have been demolished at about the same time. The 1973 OS map does show this building as a pub, though it doesn't name it. 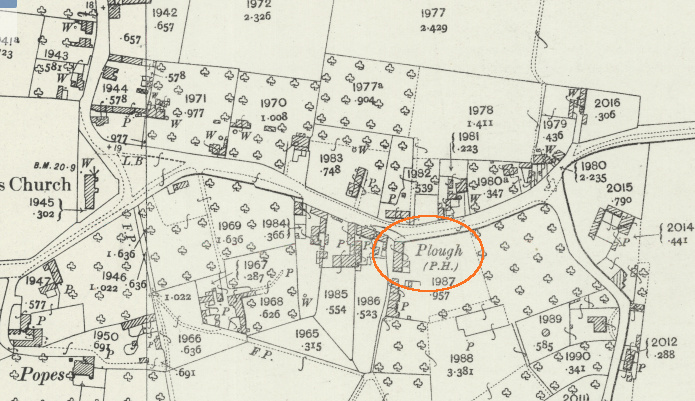 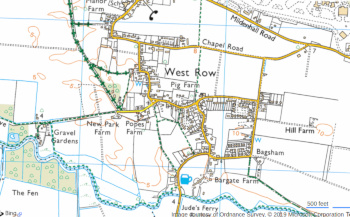