Although the latest lockdown has now ended, Suffolk remains in Tier Two, which means that drinks on the premises can only be sold with "substantial" meals. This of course rules out reopening for the vast majority of pubs. As and when pubs reopen, we will list them on this page and highlight them on location pages.

Many pubs which are unable to reopen yet (and some that have reopened) are selling food and drink to take away. These are listed on this page.

Please note that due to government regulations, all takeaway drinks must be pre-booked by telephone, text or other means.

The pub building is thought to date from the 18th century.

The Crown closed in 1942 "for the duration [of the war]". It appears not to have reopened afterwards; in 1946 the license was transferred to the Halesworth Triple Plea, which until then only had a beerhouse license. 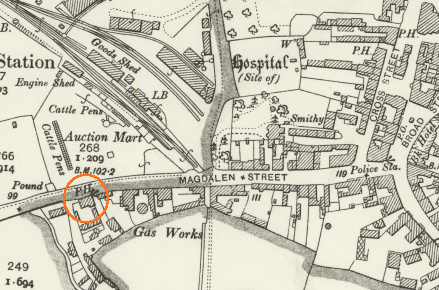 [they were] Witnesses at a trial. William Jolly was found guilty of setting fire to a wheat stack and sentenced to death.Ipswich Journal, August 3rd 1833** (when Susan & William Moss were the landlord & landlady)

A report in the Ipswich Journal, June 3rd 1837***, stated that Robert Koipe COBBOLD of the Eye Brewery was retiring from business & was looking to sell various Inns & Public Houses including the Crown.