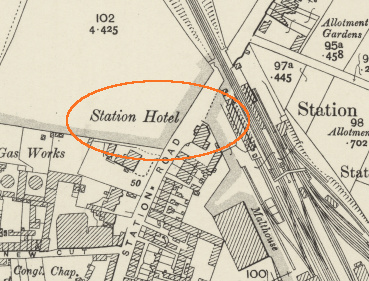 On the first of June 1859, the East Suffolk Railway Line was opened from Ipswich to Lowestoft; the pub (or at least its name) probably dates from about that time. The name changed from the Railway Hotel to the Station Hotel in 1887.

Historically it's listed as a family & commercial hotel & posting house.

It's now used as offices for NFU Mutual after some years as a social club.

In 1874 the pub was listed in Bungay Road (an older name for Station Road). 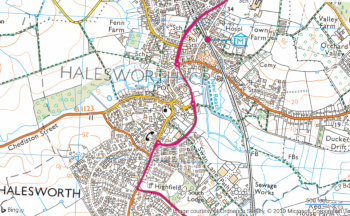 At the Halesworth Petty Sessions of January 1875, the license for the Railway Hotel, Halesworth, was transferred from George Woolnough to William Webb.Ipswich Journal, January 1875**