The Queen's Head was established before 1500. It had a fine inglenook fireplace, bread oven and Bessemer beam.

It has now been converted into a group of private residences.

The pub was owned by several generations of people called William Colchester, one of whom had a wife, Agnes, who was licensed as a brewer and ale seller from 1531 until 1567, when it was probably known as the White Lion (heraldic emblem of Duke of Norfolk). In 1588 it was known as Jordans (after Thomas Jordan and family). In 1675 it was sold to Robert Cuthbert. By 1716 it was called the Ship. Sometime later it became the Queens Head. In 1803 John Cobbold bough the inn… 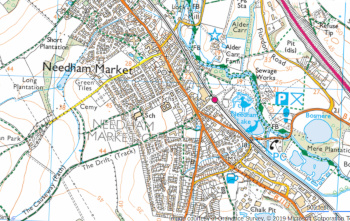