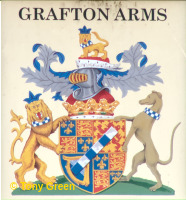 A former coaching inn retaining stables to the rear.

When visited in September 2013 it had been renamed "Dine India". It offered an Indian restaurant and takeaway, but still appeared to retain a small "proper" bar area, though no Real Ale was visible on the bar.

In June 2016, a resident of the village told Radio Suffolk's Lesley Dolphin that "The Indian is no longer there". We had a look later that month and found the site being redeveloped. The building was still looking tatty when visited in May 2017.

It's not certain exactly when it closed, but it was after September 2013. 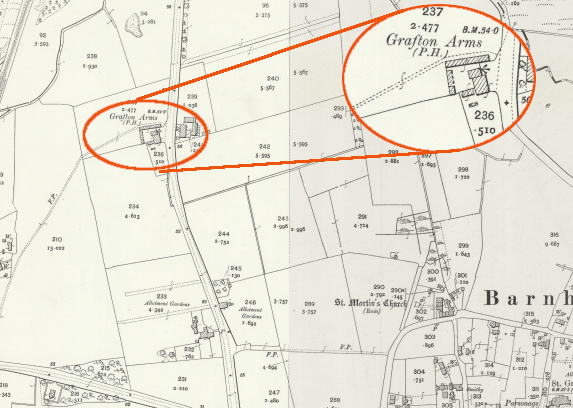 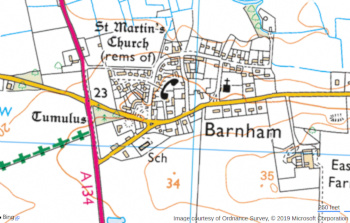 At the Ixworth Petty Sessions held on the 10th May 1875, an extension of time in Whitsun week was granted to Edward Deeks of the Grafton Arms, Barnham.May 1875**

Hi My name is David Head, My mother Beryl Head [nee Forster] was bought up in the pub, her father Archie Forster was [once] the landlord.

The title of Duke of Grafton was created in 1675 by Charles II of England for his 2nd illegitimate son by the Duchess of Cleveland, Henry FitzRoy. The most famous duke was probably Augustus FitzRoy, 3rd Duke of Grafton, who served as Prime Minister in the 1760s. The family seat is Euston Hall in Suffolk.

In 1900 the Duke of Grafton was listed a lord of the manor & principal landlowner in the parish of Barnham. He also owned a tile & brick field and restored the parish church, dedicated to St Gregory).