The pub can be seen on this old OS map from about the end of the 19th century. interactive map 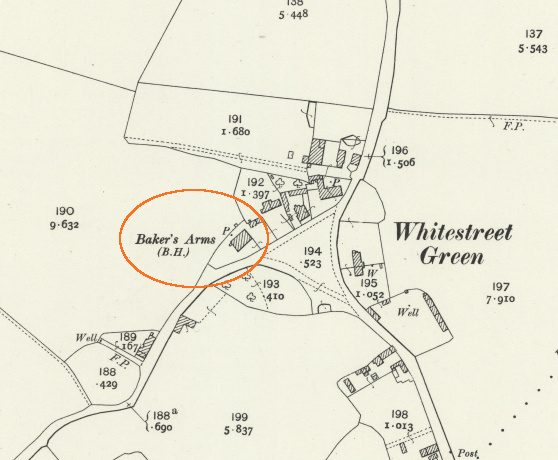 The building dates from the 17th or 18th century. It's shown as a beerhouse on OS maps at least as late as 1958, but subsequent sheets are insufficiently detailed to draw any conclusions as to its closure date.

The 1901 census lists only one pub, called the Brewer's Arms, in White Street Green, which has been assumed to be this pub. It may refer to the Brewers' Arms at nearby Bower House Tye, though the name in the entry doesn't tie in with that pub's historical records. Further information is required to clear this up. 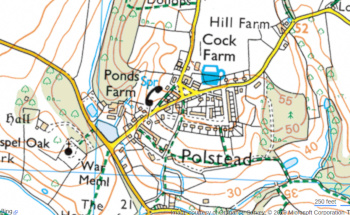 To be sold by private contract, a beer house, containing a large kitchen and tap room, and general shop attached, sleeping rooms, back house, brew house, cellar, yards, stable, sheds, garden and orchard, all in about three quarters of an acre of ground, situated in the parish of Boxford, on White Street Green, Suffolk. These premises are well adapted for a dealer.Ipswich Journal, August 1865**