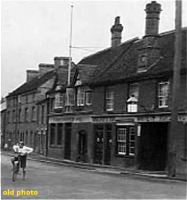 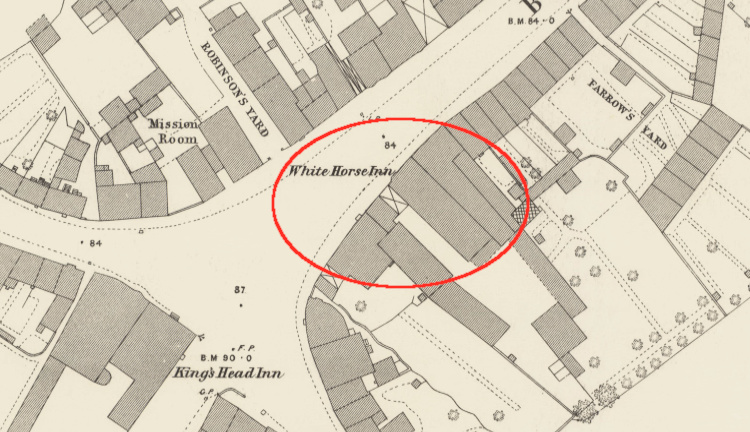 The White Horse was located adjacent to former Mauldon's brewery buildings (today only the offices remain). The inn dates back at least as far as 1822, when the Bury & Norwich Post reported**** a stabbing there.

On Wednesday last at the White Horse Inn at Ballingdon near Sudbury, a person named Rippengall, a shoemaker from Wisby Hills, Bulmer, had words with Thomas Noakes a horse breaker from Halstead, after a scuffle he drew a knife and stabbed Noakes in the body making wounds between 7-8 inches long so the poor fellow's bowels protruded, hopes are entertained for his rcovery, Rippengall is in Chelmsford Gaol.

The pub is also listed at number 48/49 in the 1891 census and at another time in Gregory Street. 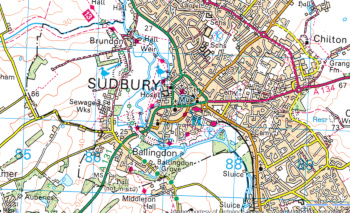 On April 21st 1865, the annual Easter Tea in the respective parishes of All Saints and Ballingdon, was held at the White Horse Inn, Ballingdon, when 22 parishioners sat down to a most capital spread, provided in the host, Mr Mualdon’s, well known style, which gave universal satisfaction. Ipswich Journal, April 1865**

A man named Andrews was found guilty of using abusive and insulting language to Mr J Milnes, landlord of the White Horse Hotel, Sudbury, and also with wilfully breaking a pint mug, he was sentence to serve 21 days imprisonment with hard labour. Ipswich Journal, Jan 1870**