Most of the building is early-mid 19th century, though parts date from the 16th. We are told by Alistair McCartney, a local resident, that the licence may have been granted when the Six Bells (opposite) closed as a pub - hence the similar name - which may also indicate that the peal of bells in the nearby church (of St.Mary & St.Peter) had also been upgraded from the original set? According to White's Directory (in 1874) the two extra bells were added in about 1831.

In 1855 the landlord is also listed as a brewer. 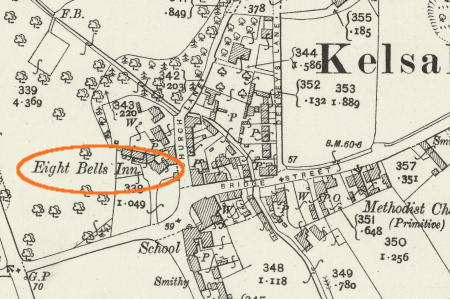 (thanks to John Martin for the 1881 census corrections)