Some of them may well still be offering a takeaway beer service and some others will also be selling food takeaways, perhaps even with delivery. If you can give any of our pubs some support through these terrible times by buying some takeaway food or drink, please do so. Our pubs need as much support of possible if they're going to still be there for us when the crisis is over. 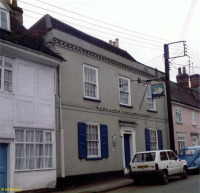 The 18th century brick frontage covers a much older structure. The pub was reported in the Ipswich Journal** as early as 1744.

The pub is shown (though not named) on this OS map of the 1890s. larger map 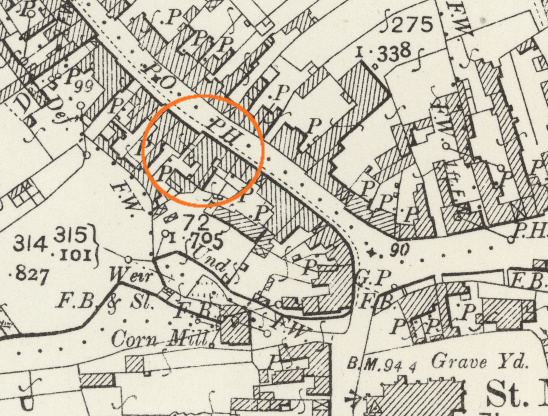 January 7th 1744
This is to give notice that on Tuesday the 10th of January between the hours of 10 and 12 at Boxford, Suffolk, a gentleman is to run 7 miles in one hour for wager of 20 guineas, there will be an ordinary for gentlemen at the Swan Inn at Boxford on the same day. 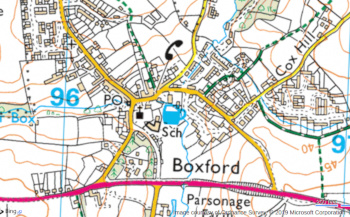 Walter Robert KINGSBURY, Swan Inn, Boxford, was charged with keeping his house open during prohibited hours. Witnesses claimed they were there to do business - Case dismissed.Ipswich Journal, October 3rd in 1876***