If all goes according to plan, the first tranche of pubs (those that are able to serve drinkers outdoors) may be able to reopen on April 12th. Though of course, in a situation like this, nothing is guaranteed. The rest of our pubs may be permitted to reopen from May 17th.

Those known to be planning to reopen as soon as permitted are listed on this page.

An early 19th century pub located just outside the village, on the outskirts of Ipswich.

It is now closed and has been converted to residential use.

The 1904 Woodbridge licensing records show that the Falcon's license was issued in 1853, though it's shown on the 1838 OS map, so this was probably just a conversion from a beerhouse license to full one.

One source shows the Falcon at 165 Humber Doucy Lane. This seems to be an error. 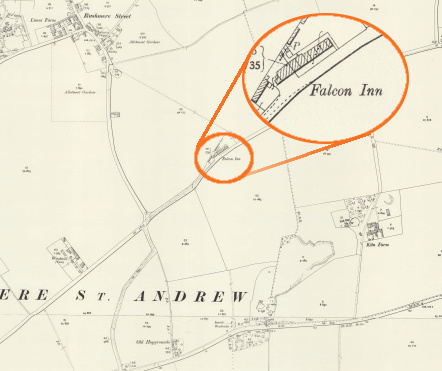 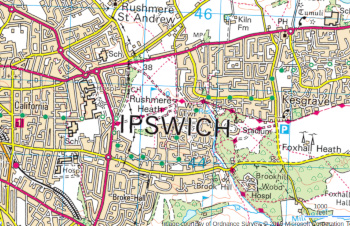 Rushmere near Ipswich. To be sold by auction at the Running Buck Inn, Ipswich. That old and established and fully licensed Inn known as "The Falcon" and situated on the high road from Ipswich to Playford, in the parish of Rushmere , Ipswich. The house contains cellar, parlour, club room, kitchen, bar, wash house, and five bed rooms. There is a small garden, cart shed and piggeries. Lot 2. An enclosure of productive arable land abutting on the leading from Rushmere village to Playford, and containing three quarters of an acre or thereabouts. Both Lots are of freehold tenure and are in the occupation of Mr Nathan Kennell, as yearly tenant.Ipswich Journal, 1860**