The Falcon is shown on OS maps at least as late as 1957 as "Falcon Inn"; the 1973 sheet just says "The Falcon" and subsequent sheets don't name the building. This suggests the pub probably closed between 1957 and 1973.

If you know anything, please get in touch. 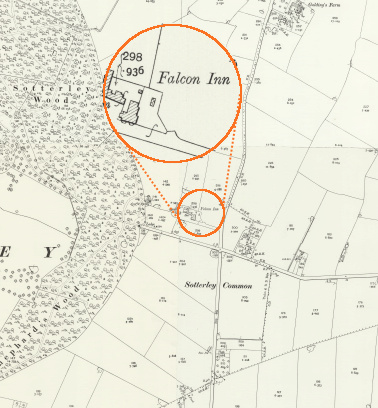