Some of them may well still be offering a takeaway beer service and some others will also be selling food takeaways, perhaps even with delivery. If you can give any of our pubs some support through these terrible times by buying some takeaway food or drink, please do so. Our pubs need as much support of possible if they're going to still be there for us when the crisis is over.

The building isn't shown as a pub on any available OS map (as far back as 1883), so presumably closed between 1871 (the latest directory entry found so far) and that year.

It seems the building was used as a police station then the Post Office after the pub closed. (It's shown as a post office on OS maps of about the end of the 19th century). 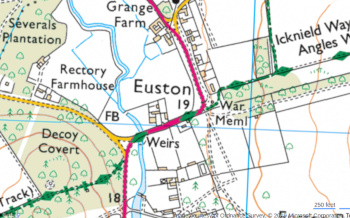