The Angel was an old coaching inn, dating back to the 16th century.

The pub appears on the 1927 OS map but has disappeared by the 1969 sheet, so presumably closed between those dates. 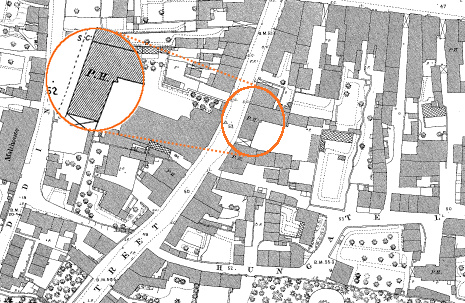 John Buller is now removing from the White Horse in the Market-Place, Halesworth to the Angel Inn in Beccles.Ipswich Journal, September 18th 1756***

To be lett, the Angel in Beccles, with Stabling and good Cellars. Enquire of Robert Le Grys of Beccles.Ipswich Journal, October 22nd 1757***

To be sold by auction…